The Inauguration of the Wolrd Buddhism Bhikkhuni Association 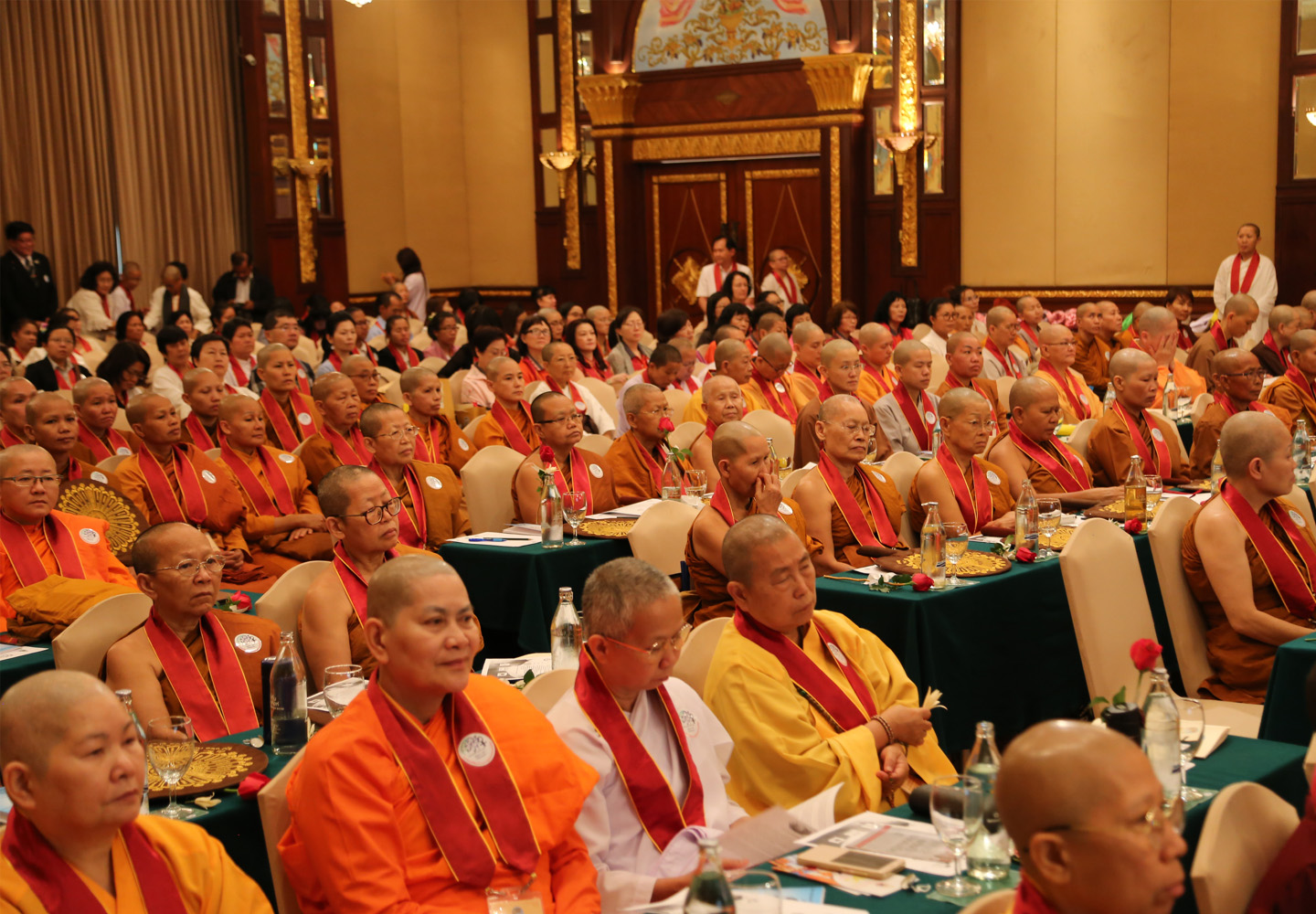 The deacons of the World Buddhism Bhikkhuni Association were sworn in on March 7 in Thailand. Ven.Master Pu Huei, a highly respected bhikkuni from Taiwan, was sworn in as the president of the Association, along with 25 elite bhikkunis from countries all over the world sworn in as Vice Presidents to help propagate the Dharma worldwide and bring well-being to all the people on earth.

The World Buddhism Bhikkhuni Association was established on November 22, 2016 at Wan Fa Temple, Pingtung, Taiwan. Almost 1000 monastics and laity attended the opening ceremony. The goal of the Association is to unite the bhikkunis all over the world, increase the interactions among the temples of bhikkunis, propagate the Dharma worldwide and enhance the well-being of all mankind. 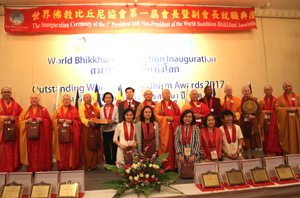 In addition, a Secretariat was set up and Ven. Jian Yin is the Secretary-General, Bisan Zhuang,the English Secretary, and Min Jing Yang, the Chinese Secretary. 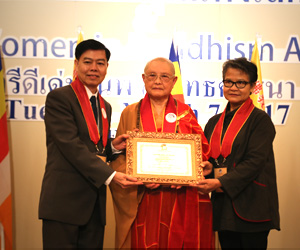 As indicated by the President Pu Huei in her inaugural speech, Thailand is a Buddhist country and it means significantly for the Association to hold the Inauguration Ceremony of the President and Vice Presidents here in Thailand. President Pu Huei further indicated that the World Buddhism Bhikkhuni Association was founded in Taiwan and two thirds of the members of the Association are outstanding and devoted bhikkhunis from Taiwan. It is hoped that the dharma propagation experiences in Taiwan can help unite bhikkhunis from all over the world to make greater contributions to Buddhism and the well-being of the people all over the world.

Being elected, Ven. Master Pu Huei said she was more than willing to share her 60-year monastic experiences to work with the Association to spread Buddha’s compassion and wisdom to every corner of the world. Regardless of Mahayana or Theravada, we are Buddha’s disciples and we should increase interactions and strengthen solidarity to better serve Buddhism and people all over the world, allowing Buddha’s teachings to brighten our world.

Dr. Tavivat , Director of Research and Development of International Buddhist College, indicated in his speech at the inauguration ceremony that since the ancient time, Indian women has had a very low and disadvantaged social status. Not only does the bride's family have to give the bridegroom dowry, the meaning of a wife’s life is to serve her husband and even has to be buried with him when her husband passes away.

After Sakyamuni Buddha became enlightened, he offered two methods for women to elevate their status. One is to allow women to be able to get enlightened as men do through cultivation. The other is to allow women to get tonsured and build temples so that they can cultivate safely free from danger. Buddhism was introduced to Sri Lanka, Southeast Asia, China, South Korea, Japan more than a thousand years ago, and because of different interpretation of the doctrines, there are Mahayana, Theravada and Vajrayana. Right now, there are bhikkhuni associations in many countries.

Dr. Tavivat said he was very honored to witness the inauguration ceremony of The World Buddhism Bhikkhuni Association and it was a big encouragement to see bhikkhunis from all over the world to gather together. He hoped that In addition to promoting the teachings of the Buddha , the World Buddhism Bhikkhuni Association could pay attention to women’s rights and eliminate gender discrimination so that women’s status could be guaranteed.

Dr. Suteera of Gender and Development Studies at Asian Institute of Technology also delivered a speech for the Inauguration Ceremony. This historical moment was witnessed by more than a thousand of monastics and laity. 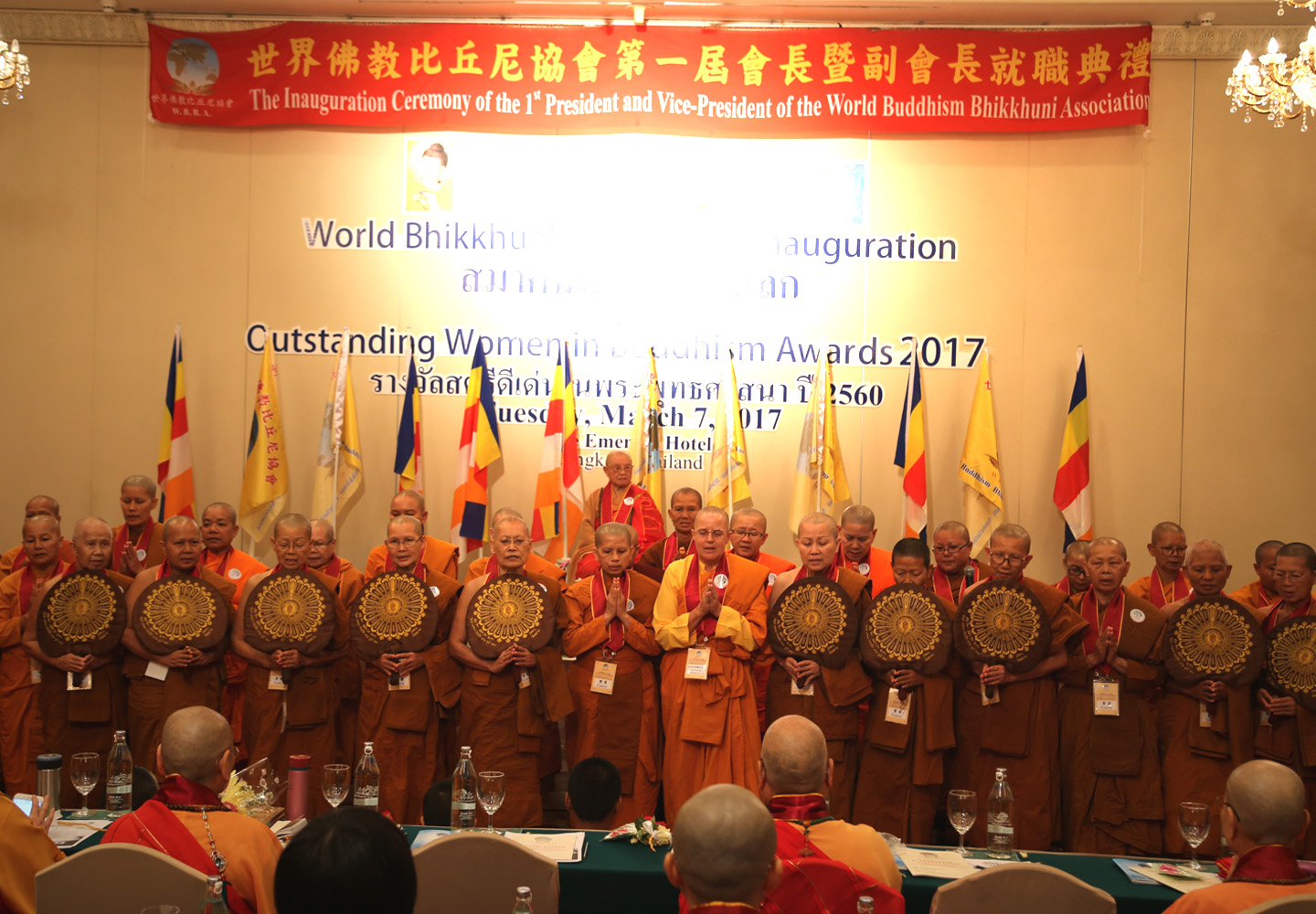